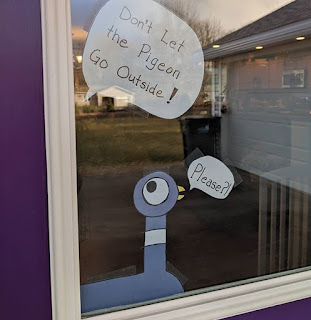 It's hard to believe, but we are in our sixth week of remote learning, with six more weeks to go! If you had asked me back in February if we would have closed schools, I never would have guessed it!  The idea that we took a whole school (a whole district, and state, and country!) and switched withing a mater of days from classroom learning to remote learning is just mind boggling!  I saw this quote on Facebook today and really like it.

Apparently he is a professor of religion, but don't mind that. I just connect with the idea that we are figuring out how to do remote learning only moments before trying to teach it to children and families. Every step of the way we are trying to decide what is best for teachers, students, and families.  How can we engage kids, keep them learning (or at least stop them from un-learning!), while also supporting families and teachers in this unprecedented time of trauma and uncertainty.  It is certainly an experience we will never forget.

That said, I am extremely impressed with how well we as a school community are doing with this new experience.  The teachers and staff are all working hard to deliver the best possible lessons, while trying to teach students how to use the technology, and trying to balance the amount of time kids spend online and off.  Students are working hard to engage with their teachers and get their school work done, even though we know they are missing friends and school activities. The district is working hard to make sure everyone has food they need for their bellies, the technology they need for their education, the child care that essential workers need to keep our society functioning, and the milestone experiences that we all have all been hoping for and planning on. These are not easy tasks for anyone, yet everyone in this community is pulling together to make it work. I'm proud to be part of this community and this school.

On a lighter note, in the past two weeks my library assignments have included art activities to create a patchwork elephant (Elmer) and a rainbow garden (Planting a Rainbow).  Check out some of the beautiful elephants and gardens that are filling my Seesaw feed! 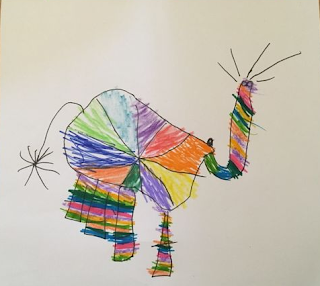 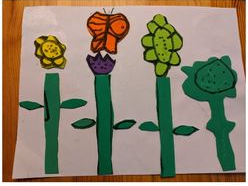 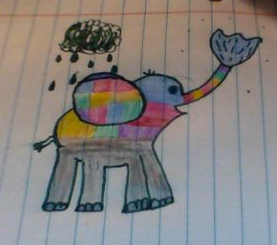 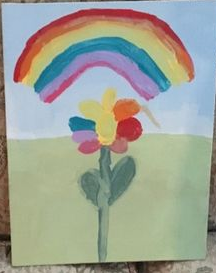 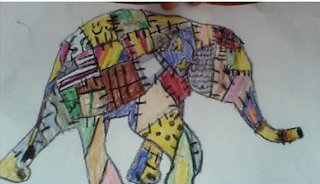 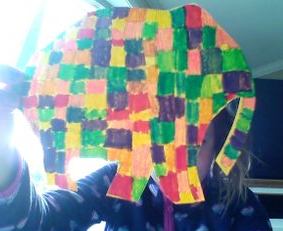 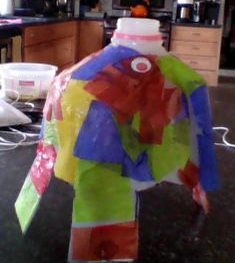 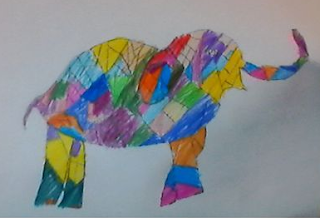 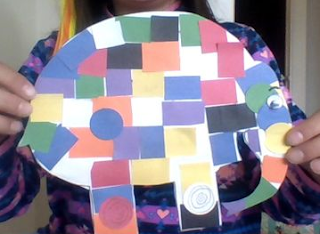 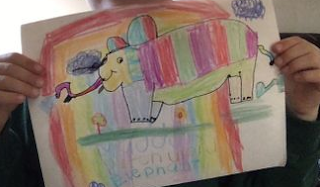 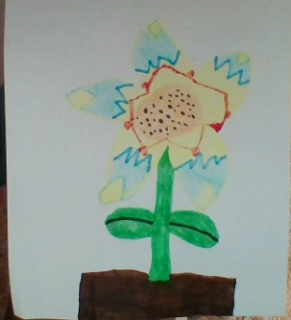 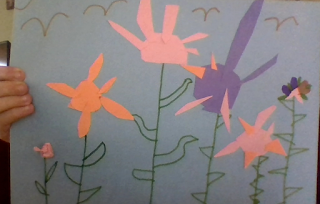 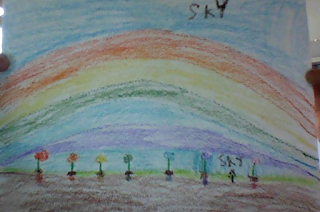 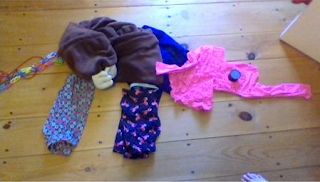 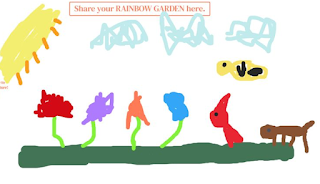 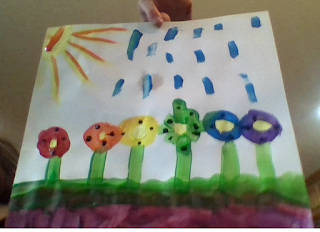 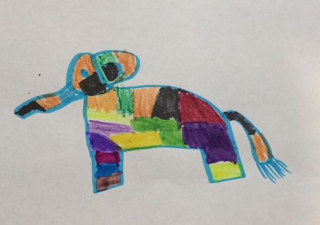 I could go on and on with the beautiful elephants and rainbow gardens, but I'll stop here. We are now moving on to a few weeks of digital citizenship lessons.  Less colorful, but maybe a little more educational. :)

I will miss reading to all of my DBS friends during this Home Learning adventure, but I hope the kiddos don't miss hearing stories!  Please continue reading with your children and feel free to share some of the many great online resources available.  As coronvirus sweeps across the nation, authors everywhere have begun offering story times online, via social media or just posting on their websites.  Check out some of these great ones:

I will record myself reading some stories as well and post them as activities in Google Classroom or Seesaw.  Remember, reading and being read to are equally valuable. Read to your kids and explore these online resources together.  Take advantage of this time when your children are home. Enjoy! 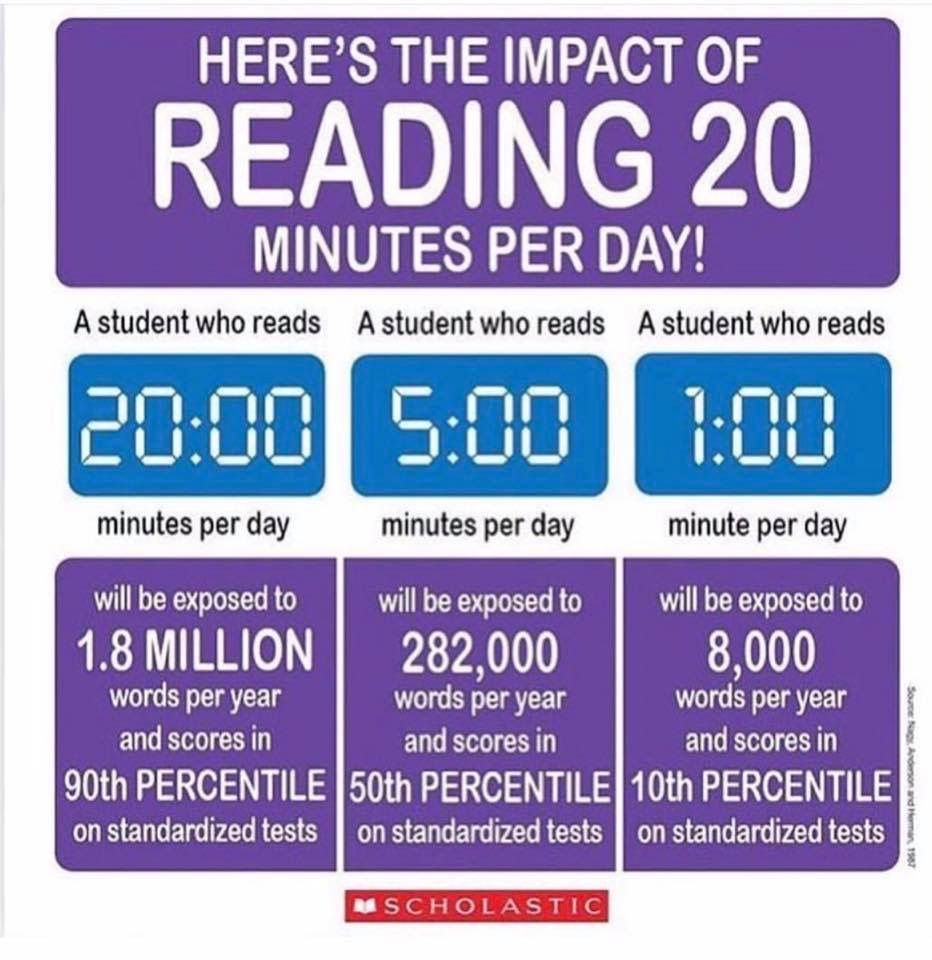 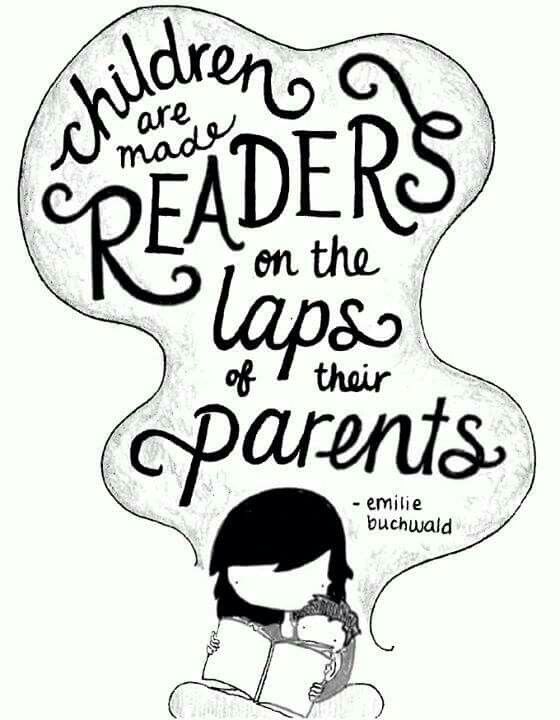 If you still have questions, don't hesitate to reach out via email. I'll respond to you as soon as possible.

Coronavirus takes over the world

Wow! What a whirlwind week it has been! Exactly one week ago we were in school, wondering what the status of school in Vermont would be for the foreseeable future. Other schools in other states had started closing down due to the rapid spread of the Cornonavirus (aka COVID-19). Because of my role, the principal had asked me a few days earlier to look into a few tech-related questions associated with closing school and transitioning to elearning. Friday afternoon he was pulled into a meeting at the Superintendents office and the Governor of VT was scheduled to speak in the evening. We were all (mentally) prepared to be shut down. But nope, Governor Scott said that schools will remain open. By Saturday schools within an hour from us had started closing and by Sunday the state of NH closed down their schools. Governor Scott made an announcement Sunday evening saying that schools in Vermont would also be closing and had to be closed by Wednesday, and that parents could optionally keep their kids home all week. There was a lot of confusion about the whole thing and we all waited anxiously for word on Sunday night about what the plan for Monday would be. It felt like a surreal snow day situation. Late Sunday night we got word that school would be open for students on Monday and Tuesday, then support staff would stay through Thursday and teachers would stay through Friday. We went in Monday to about half the student population, and by Monday night we were all feeling the rush. Our Wednesday staff meeting got canceled, the professional development I was supposed to do all morning on Wednesday got moved up to Tuesday with the boss finding coverage wherever he could for me and the other teachers. I had sub coverage on Monday and Tuesday while I rushed around, getting things setup, getting accounts made and Chromebooks organized and staff supported. It was wild. Kids had cracked and bleeding hands from washing so often. The run on Purell and toilet paper was a constant source of amazement and conversation. On Tuesday we had about 25% of the student body and staff was told we would have Wednesday to finish prepping, but that’s it. By 5pm Tuesday, when many of us were still there, prepping lessons and handing out Chromebooks, we got a message from the Superintendent that staff should stay home Wednesday, but admin would be there for the whole duration. As of Thursday, admin were told to stay home full time too. It was crazy! Like every minute things were changing and even sometimes when it wasn’t officially changed, we all had the feeling that it would be changing and were acting accordingly. It was nuts.

Now we are home, trying to adjust to this new normal. I keep forgetting what day it is. My own kids are in vacation mood, not yet fully understanding what "school" on Monday will look like. I don't fully understand what school on Monday will look like! It is such an amazing experience that we are all undergoing together; uncharted territory that we must explore blindly, hand in hand (but six feet apart!), and we find our way.

Hopefully by next week we’ll have settled in to this new version of school and life. We are currently closed until April 6th, but it's quite possible that we’ll be closed (much) longer than that. The unknown makes everything harder to plan for. What a weird and surreal experience.

On a lighter note, I’m so thankful that I work with kind and flexible coworkers, that our students are facing this bravely, that the technology exists to make this type of transition happen, and that my own family is healthy and well and not worried for our own health or financial stability. I’m thankful that the weather is warming and the days are getting longer. Can you imagine if this had happened in January?! At least now we can get outside, take the dog for a walk, and breath in the sunshine and fresh air.

Hang in there world, friends, and DBS family. We'll get through this together, side-be-virtual-side.
Posted by Mrs. Johnson at 8:41 PM No comments:

January 31, 2020 is Multicultural Children’s Book Day. At Dothan Brook School we are preparing for MCCBD 2020 and hope you will join our celebration of diversity through children's books. As you may know, it is critical to expose children to books where they can see and learn about people like themselves (mirrors), as well as see and learn about people who are different from them (windows).

Multicultural Children’s Book Day‘s mission is to raise awareness of the ongoing need to include kids’ books that celebrate diversity in home and school bookshelves while also working diligently to get more of these types of books into the hands of young readers, parents, and educators. According to their website, this non-profit has donated over 7,000 books to kids and that number continues to climb.

We would love for you to take this opportunity to discuss the importance of diversity in the books with your children as well. We understand that talking about diversity can be challenging and uncomfortable, even for parents and teachers! For many, there is a fear of saying the wrong thing, or opening up a conversation you aren’t able to fully address, and often it feels easier to just not even begin the discussion. We would encourage you to take this opportunity to give it a try. Remember, we are all learning together!

Here are a few suggestions for talking about diversity in literature with your children:


If you are interested in exploring further, check out these sites:

Email ThisBlogThis!Share to TwitterShare to FacebookShare to Pinterest
Labels: Around the library, Books, Reading, School culture

In a Facebook librarian group I follow, someone posted their top 20 for the year and it got me thinking.  As I scrolled through the replies I thought for sure my list would be all Minecraft, Dogman, and Amulet. Much to my surprise, other books made the list! I think the difference is in requested books versus checked out books. Certain books circulate much faster (Ninjago with the kinders) than others (Minecraft handbooks with the 3rd graders, for example). 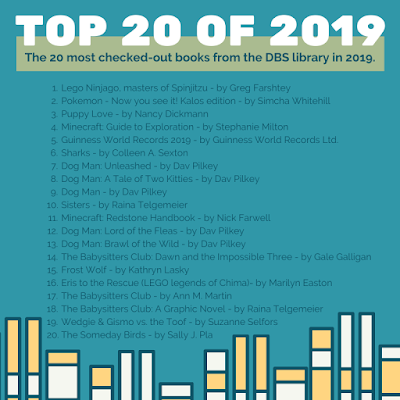 Email ThisBlogThis!Share to TwitterShare to FacebookShare to Pinterest
Labels: Books

We were so lucky to have author Lindsey Stoddard visit DBS yesterday!  She is the author of Just Like Jackie (a Dorothy Canfield Fisher book award nominee) and Right as Rain, both excellent YA novels based (in whole or in part) in Vermont. Lindsey spoke with 3rd, 4th, and 5th graders. She told them how she finds inspiration, how she has fed and watered "seeds" from her past that then grew into novels, and how they should look to their own experiences for inspiration as well.  We even got a sneak peek at her newest book, coming out this summer. The kids were super excited. They had great questions and I now have a long reserve list for her books in the library. :) 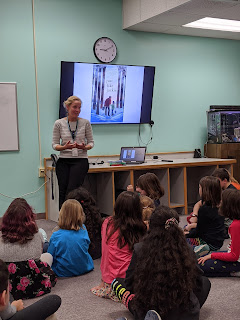 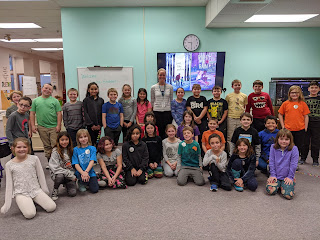 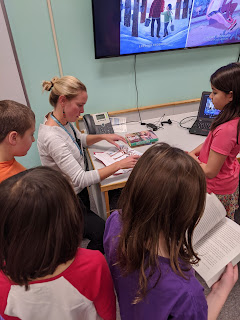 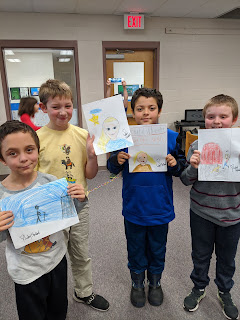 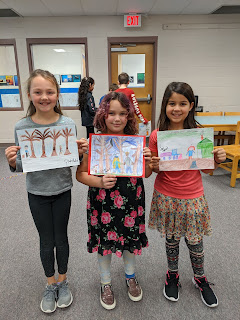 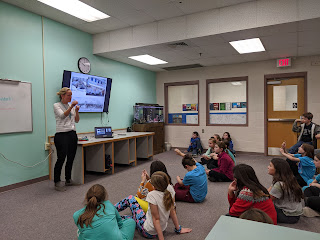 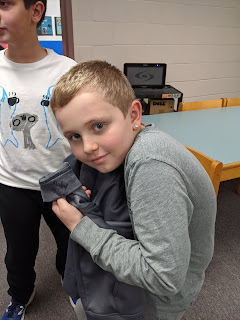 Thank you Lindsey for signing everything they threw at you and inspiring our budding authors!